Forces loyal to military commander Khalifa Haftar withdrew from parts of the Libyan capital Tripoli overnight following the loss of one of their main strongholds in the west of the country.

A spokesperson from the Libyan National Army (LNA) said that there had been a “redistribution and repositioning in the battle fronts, disengaging from some crowded residential areas”.

Haftar’s LNA has been fighting for over a year to capture Tripoli, seat of the UN-backed Government of National Accord (GNA), which is recognised by most of the international community as the legitimate government of Libya.

A number of countries, including the United Arab Emirates, Russia and Egypt, have backed the LNA in the the fight against the GNA, which receives the greatest amount of support from Turkey. 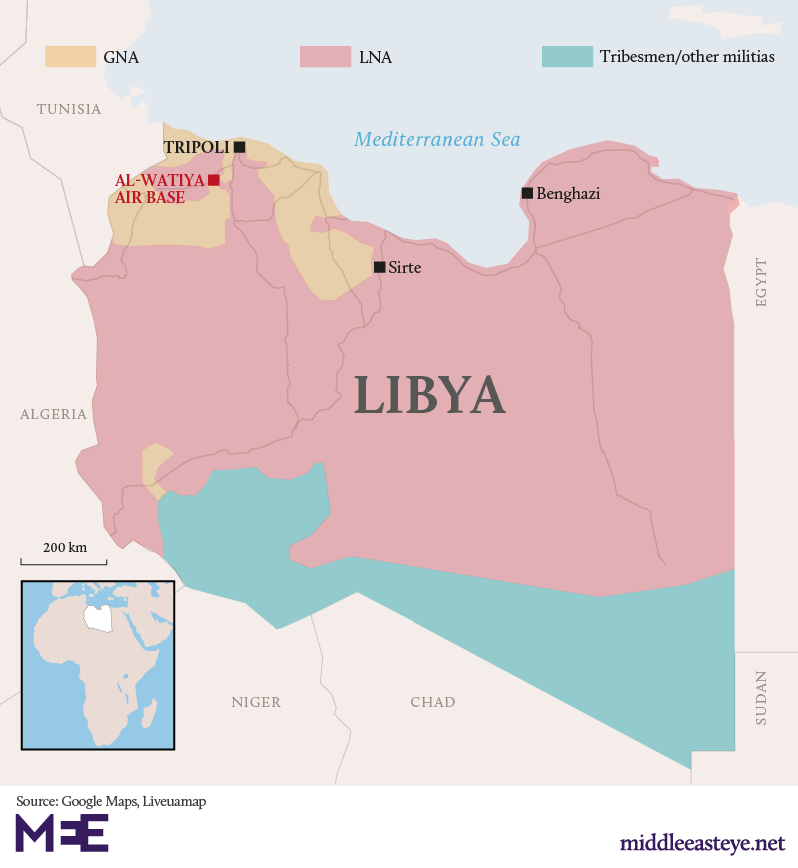 On Monday, pro-GNA forces took al-Watiya airbase west of  Tripoli after weeks of attempts, their biggest advance in a year that deprives the LNA of its only airfield near Tripoli.

After taking the base, they paraded what they said was a captured Russian-made Pantsir air defence system mounted on a truck, along with an Arabic manual.

“We proudly announce the liberation of al-Watiya air base from criminal militias and terrorist mercenaries,” Prime Minister Fayez al-Sarraj said on Twitter on Monday.

“Today’s victory will not be the end of the battle. Instead, it brings us closer to the big victory day, the day all cities and territories of Libya are free from the project of hegemony and repression.”

Al-Watiya air base, some 125km southwest from the capital, had been an important strategic foothold for Haftar’s forces, which launched an offensive to capture Tripoli in April 2019.

LNA spokesperson Ahmed al-Mismari said the base had been abandoned as part of a long-planned strategic decision and that only old, obsolete equipment was left there.

GNA Interior Minister Fathi Bashagha said on Twitter that “Haftar’s chance of success is now effectively zero” following his loss of the airbase.